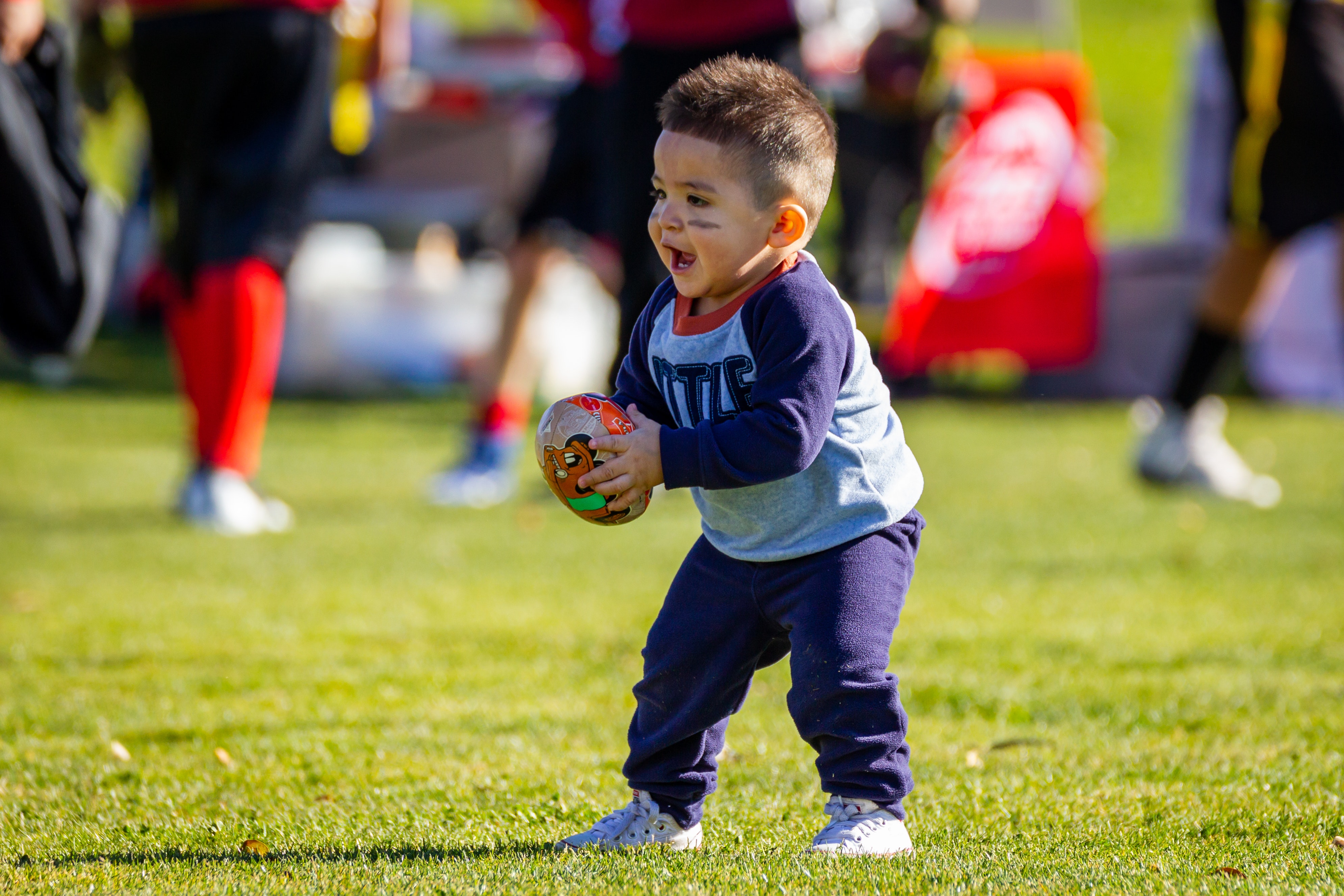 This year became a historical year for the Super Bowl when Tom Brady (aka, the G.O.A.T.), who entered the NFL in 2000, the same year Google sold their very first search ad, led the Tampa Bay Buccaneers to become the only city to play in, host, and win the big game!!!

As we know watching the Super Bowl isn’t just about football. It’s the one day a year when people actually watch TV for the commercials. Like most things in the past year, this year’s Super Bowl commercials were a little “unprecedented”. Some of the iconic symbols were missing like the Budweiser Clydesdales (although Sam Adams capitalized on the Clydesdales) and the Coca-Cola Polar Bears. The effects of the pandemic caused several major brands to sit this year out as they shifted finances to other areas. Some of the other brands that we didn’t see this year were Avocados from Mexico, Audi, Hershey’s and Pepsi (who did sponsor the halftime show).

But when one door closes, another one opens. With some of the major players stepping out, advertising space opened up for new brands. And we continued to see examples of TLDs being highlighted during the commercials. Here were some of the highlights from the night.

Being a rookie in the Super Bowl is a huge deal, so we want to highlight a few of the brand rookies we saw during the Big Game.

Miracle-Gro: Not only did Miracle-Gro make this the first year they advertised during the Super Bowl, they brought in some big names to do it including John Travolta and Martha Stewart to name a few. The company saw growth last year due to the pandemic, which made this a great year to stay in front of their audience.

Vroom: Another Super Bowl rookie was vroom.com. They used their ad spot to show how they take the pain out of the car buying experience. As a digital company, they made sure to mention their domain to make it easy for people to find them.

Fiverr: Fiverr also advertised for the first time during Super Bowl LV. The company is a digital freelance marketplace that has provided solutions for both employers and workers during 2020. With many still looking for answers, this was a good year to get more eyes on how the company can help.

While these rookies got in the game for the first year ever, much like the Kansas City Chiefs, there were some missed opportunities. Getting creative with their TLDs could have helped reinforce their brand online. For example, Vroom might have spoken to the experience they provide, but they could have “driven it home” if they would have ended the commercial with something like “experience.vroom”.

While we feel like the domain level could have been elevated in many areas, there were still plenty of brands that made sure to include their domain in the advertising. This included companies like Jimmy Johns, Jeep, Klarna, Squarespace, and Dr. Squatch.

Ford used their ad spot to send a message of hope and strength to people after a long and emotional year. At the end of the commercial, they chose to highlight their fordfund.org domain instead of encouraging people to buy Ford. While the ad showcased their vehicles, the message was to #FinishStrong.

We also have to highlight the preview for the movie Old written and directed by M. Night Shyamalan. The preview was what we’ve come to expect from the director. It piqued our interest, and then ended with the URL “old.movie”. This is the perfect example of what we expect to see happening more and more when it comes to domains. It’s simple and easy to remember. And it tells us exactly what we can expect to find on the website. If they had used something like “oldthemovie.com” it wouldn’t have had the same impact.

The one ad we can’t NOT mention

Tampa Bay may have won the Super Bowl, but we also noticed a different winner before Sunday night even arrived. In the days leading up to the game, we started watching for creative uses of TLDs in marketing, and one company nailed it—Miller Lite. They created an 836-character URL and promised free beer to anyone that successfully typed in the URL during Michelob Ultra’s commercial.

While this might be the exact opposite of the 3-character premium URLs we launched in the fall, the focus of using the long URL for marketing was very creative! They got in front of their target market with a challenge, offered a prize, highlighted a unique URL, and stole attention away from a competitor. That’s tough to beat.

While dotcom has long been the TLD that people are most familiar with, things are changing as new TLD adoption is continuing to become more mainstream. There are almost 30 million new TLD domains in the marketplace today.

A domain name is no longer an afterthought for businesses. Companies are creating domains to help set their brand apart. And it’s a good thing that they are. The research shows that almost twice as many people will check out a company’s website compared to a physical location. Therefore, using a memorable (and brandable) domain is effective at helping businesses reach their target market.

As we saw during the Super Bowl preview of Old, a company can use a new TLD in their marketing to add brand awareness. And this is a trend that we expect to see more of. There is already a steady growth curve that we’re seeing in the registration and use of new TLDs.

While we did see plenty of brands that included their URLs in their Super Bowl marketing, there were only a few brands that truly capitalized on the opportunity to include branding and memorability in their domains. In a world that is increasingly turning online for all business purposes, these are opportunities that you don’t want to miss.

So, congratulations are in order for the Tampa Bay Buccaneers as Super Bowl Champs as well the brands with successful ads for rising above the competition on Sunday evening.

We believe in the power of blogging. It’s what fuels our mission to democratize publishing by providing a relevant and accessible domain name for bloggers around the world. With each .blog registration, we view it as one more voice being amplified through the power of the internet.

That’s why we’re especially excited to have hit 200,000 .blog registrations. For us, it’s more than just a number. It’s a growing number of bloggers actively sharing their thoughts, beliefs, experiences, and expertise with the world.

END_OF_DOCUMENT_TOKEN_TO_BE_REPLACED

Blogs no longer apply only to individual content creators, hobbyists, and small businesses. Instead, bloggers can count big businesses, such as Apple and Amazon, among them.

Corporate blogs are an effective way to reach customers and share the company’s personality. With a .blog domain, visitors immediately recognize that they’re in for more than just a traditional website. An active blog demonstrates that you’re actively reaching out and connecting with your customers, both potential and existing ones. END_OF_DOCUMENT_TOKEN_TO_BE_REPLACED

It’s hard to believe that it’s already been a year, and that it’s only been a year, since we took our first step towards making .blog available to everyone. Exactly one year ago today, .blog domains were released to companies and people with trademarks — a required step called the Sunrise phase — and were later opened up to the whole world.

When we decided to launch .blog, we hoped it would find a natural home in the blogging community, helped built by our parent company, Automattic, Inc, and their mission to democratize publishing on the web. While Knock Knock WHOIS There (KKWT), the company behind .blog, and Automattic are separate entities, our philosophies remain tightly intertwined.

As we continue to move forward, we appreciate having the time to reflect on all that we’ve accomplished, both at .blog and the new TLD (top-level domain) community at large. We’re looking forward to seeing where the next year takes .blog.

Thank you for your interest in our dotblogger program. A good domain is key to creating a memorable online brand. Yet, for many years, bloggers, marketers, and brand owners have settled for domains that are long and unintuitive, contain unnecessary qualifiers, and, in some cases, are littered with misspellings and dashes. This is no longer the case with the introduction of new domain extensions like .blog – available, short, memorable, and relevant.

At Knock Knock WHOIS There (KKWT), we accept the responsibility to help bloggers, brand owners, and marketers find their best possible online identity and navigational signpost so they can share stories, interests, and passions with more people. After all, that is the purpose of blogging, isn’t it? And that is why we are now offering the “dotblogger program” to registrars which encompasses not only available and premium names but also all reserved names including highly sought after 1, 2, and 3 character domains.

To be eligible for consideration as dotblogger you must:

Get updates and learn about offering .blog domains to your customers.

Just want to register your own .blog domain? Get notified in time for the public launch.